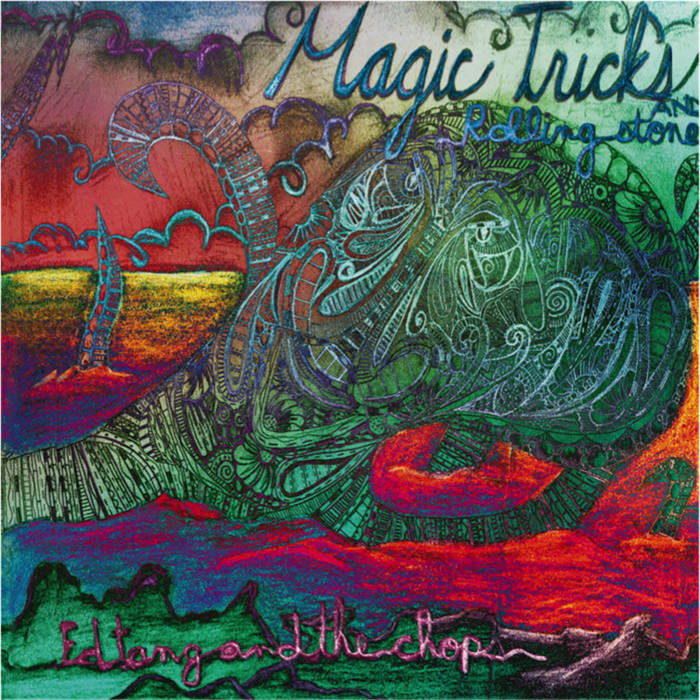 The Chops's posthumous new album, 'Magic Tricks and Rolling Stone', is a storyteller's effort. The characters in the songs are instruments, played to convey universal sentiments and entertain. A runaway, a murderer, a transgender love reversal, and a sentence of solitary domestic confinement, come together to make 'Magic Tricks and Rolling Stone' a compelling allegorical indulgence.

A very special THANK YOU to the EXTENDED Bock, Fraternale, Harrison, Myers and Windas families especially Alyssa, Laura, Mollie, Molly, Sarah, Eden and Mae. THANK YOU to Chuck Heaney, Chris Brown, Craig Manning, Cynthia Tedesco, Dark City Entertainment, Dogwig Printing, Franny Thomas, Gary Wein, Jeff Raspe, Jim Testa, John Pfeiffer, Jay Hernandez, Kevin Mahoney, Lazlo, Marcel Hidalgo, Musicians on a Mission, Nikki Black, Patrick Hickey Jr, Paul Ritchie, Pete Marcketta, Peter Mantas, Peter Myers, Phil Rainon, Rich Russo, Rob Blake, Rob Grieb, Ron Williams, Sandrine Desiderio, Scott Brash, Scott Stamper, Sean Bernhardt, SIMGE, Tim Whale, Vin Scelsa, and to all the DJ’s, booking agents, bloggers, columnists, photographers, and bartenders who have supported us along the way. THANK YOU to all the bands and artists we’ve had the pleasure of sharing a stage with. Your names are too many to list and your inspiration too titanic to quantify. And most importantly, above all else, THANK YOU to the fans of the music… those of you who come to our shows, support our albums, and encourage us every step of the way. This collection of songs is for you. We can never thank you enough. With all our hearts… love, The Chops.

Bandcamp Daily  your guide to the world of Bandcamp

Featuring appearances from Kari Faux, Bluestaeb and and interview with NY-bred artist Wiki